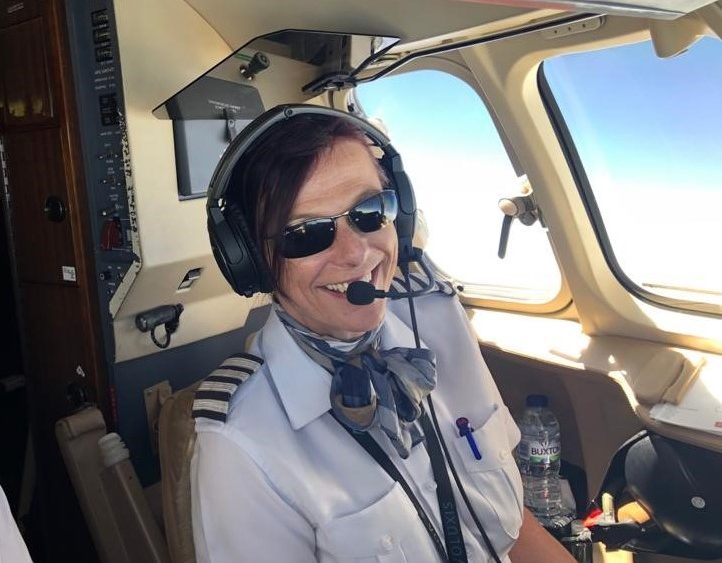 Aviation remains largely male-dominated, with women accounting for just 5% of pilots and 1.42% of captains. Thankfully, things slowly seem to be moving in the right direction as more females join the industry. Over the next few weeks, meet some of the women working at VOLUXIS as they tell us about their career paths, achievements and any obstacles they’ve faced along the way.

First up we have Louise Mack, who has been a pilot for over 10 years.

How and why did you get into private aviation?

I’ve always been fascinated by planes – I grew up in a house right by the Luton flight path and remember aircraft flying over the house first thing in the morning. At school I excelled at maths and science and yearned to see as much of the world as I could, so I knew I’d never be happy with a nine-to-five desk job. I worked as a stewardess at Monarch for nearly 13 years whilst completing my flight training on the side, then got my first job as a corporate pilot and have remained in the private sector ever since. I love the variety and corporate companies tend to be smaller than commercial airlines, so you get to know your colleagues better.

How can we encourage more women into aviation?

By continuing to welcome women who do embark on an aviation career – I think the more women who join, the more will realise they too can succeed in aviation. I’ve noticed a distinct increase in female voices on the radio when flying across Europe and many Middle Eastern carriers like Emirates, Etihad and Gulf Air are now taking on women in the flight deck. It’s a slow trickle, but I believe we’re heading in the right direction.

Is there equal treatment for women in the sector?

Generally, yes, although I have experienced discrimination at times over the years (never at Voluxis, I hasten to add!). I still get the occasional curious look when people see me standing with a male first officer, but usually people are very happy to have a female pilot or captain.

What advice would you give to women interested in an aviation career?

Go for it! Expect to work hard and don’t be put off by any negativity. If you want it badly enough and put in the graft, you’ll get there.

What has been the proudest achievement in your career?

It’s hard to choose just one! I’d say all of my ‘firsts’ – my first solo flight, the first time I flew a jet during base training, and of course receiving my first-ever set of four bar epaulettes after passing my command training and becoming a fully-fledged captain.

VOLUXIS is a worldwide AOC holder of over 40 years with a diverse fleet of Embraer, Dassault, Bombardier and Hawker aircraft available for private charter. In addition to private jet charter, VOLUXIS also offer aircraft management and aircraft charter sales and marketing services with offices at London Biggin Hill and Farnborough airports www.voluxis.com