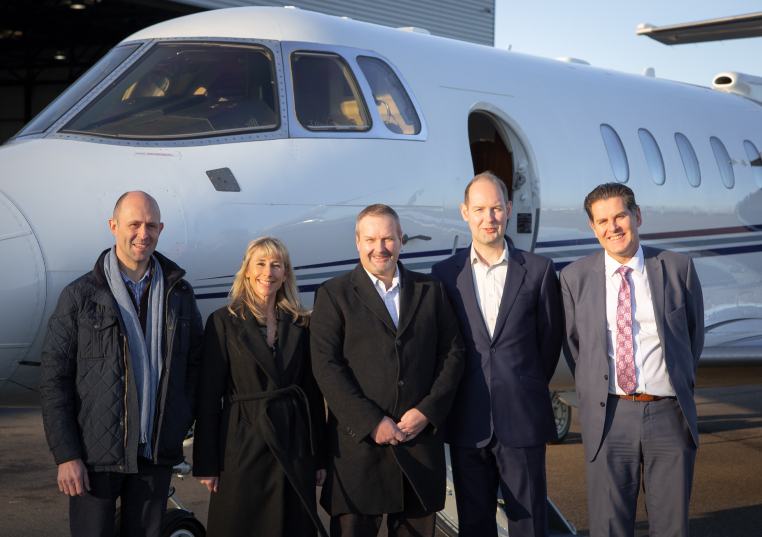 Following the recent announcement of Mike Cooper as CEO of the Biggin Hill and Farnborough based private jet operator, VOLUXIS, the company has now completed the restructure of its Board, consisting of a host of industry specialists.

New CEO Mike Cooper’s experience and knowledge of the private aviation market is extensive, having started his career in the mid-nineties with Titan Airways. Since then he has worked for several other companies in commercial roles, including a stint at AirX, before joining Voluxis earlier this year.

Gareth Cadwell, the new Commercial Director at VOLUXIS, has 16 years’ industry experience having worked previously for Ocean Sky, Bookajet, Hangar 8 and ImperialJet in similar roles to his current position.

The highly experienced Keith Moody is the Ground Operations Director and has over 30 years of experience in the industry including a variety of roles having worked on four continents, with companies such as British Airways, Atlas Air, Rizon Jet and, most recently, as Flight Operations General Manager at Titan Airways in Stansted.

George Rolls has joined in a non-executive capacity. George’s career spans more than 30 years – he has held non-executive directorships with private jet operators Hangar 8 and Gama Aviation and more recently was chairman of charter broker PrivateFly.

Completing the board are Taylor Smith as Finance Director and Annabel Brown as Cabin Services Director who have 13 years’ experience in accounting and almost 30 years’ expertise in cabin duties respectively.